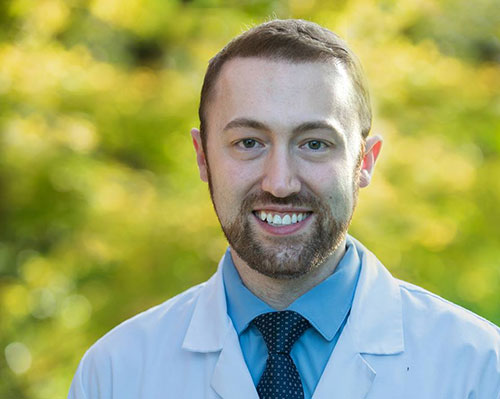 Dr. Trevor J. McGerr was born and raised in Lincoln, Nebraska. He received his Doctor of Dental Surgery degree from the University of Nebraska Medical Center. During his time in school, Dr. McGerr received a Health Professions scholarship from the United States Air Force. Immediately after graduation, he started serving as a Captain in the Air Force. Dr McGerr was stationed at Joint Base MDL in central New Jersey for three years, where he provided care to all branches of the military. He is a member of the American Dental Association, American Academy of General Dentistry, and the American Academy of Implant Dentistry. As a new resident of the Harrisburg area, he is looking forward to getting outdoors to do some backpacking and biking. In addition to reading about the latest in dental products, Dr McGerr is a tech and science news fanatic. He recently joined the Harrisburg Young Professionals and will be involved in networking and volunteering in the community.